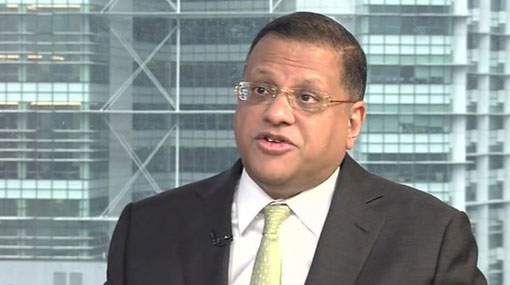 No dire need of emergency funding in Lanka - Mahendran

Sri Lanka is in no dire need of emergency funding as the country’s economy fared well in 2015 with reserves on a sound footing, Central Bank Governor Arjuna Mahendran said today.

“Our reserves are comfortable at this point. We have over four and a half months of imports, admittedly some of that is borrowed but the country is in no dire need of emergency funding,” Mahendran said, presenting his end of the year report today.

He further said that the government is examining the possibilities of an International Monetary Fund (IMF) loan facility next year.

“Yes we are examining the possibilities and the government are in informal consultation with the IMF. A team is due here for regular discussions in February 2016,” he said.

Mahendran took over the Central Bank in January when Maithripala Sirisena succeeded Mahinda Rajapaksa as the President.

The new government’s handling of the economy faced criticism as growth appeared to slow down, resulting in the stalling of some of the mega infrastructure projects inherited from the Rajapaksa regime.

The current government in opposition had charged that mega development projects of the Rajapaksa government mostly Chinese funded were riddled with corruption.

The rupee was allowed to float by the Bank mid this year doing away with the policy of defending the rupee by selling dollars. During the first nine months of the year, the growth recorded was 5.2%, the bank said, PTI reports.

TAGS :  Arjuna Mahendran ,  Central Bank ,
Disclaimer: All the comments will be moderated by the AD editorial. Abstain from posting comments that are obscene, defamatory or slanderous. Please avoid outside hyperlinks inside the comment and avoid typing all capitalized comments. Help us delete comments that do not follow these guidelines by flagging them(mouse over a comment and click the flag icon on the right side). Do use these forums to voice your opinions and create healthy discourse.