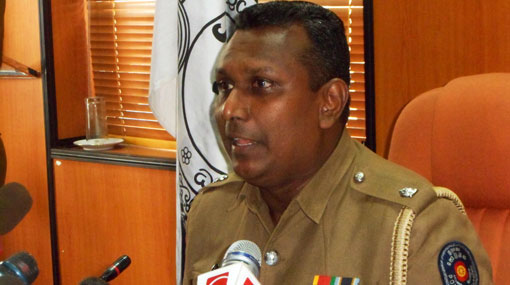 Police Spokesman ASP Ruwan Gunasekara today rejected allegation that the youth who died as a result of injuries sustained during a clash between villagers and police in Embilipitiya, was victim of police brutality.

“When police officers were attempting to arrest the individuals behaving in a disruptive manner, one person jumped from the third floor of the building through glass,” he told reporters in Colombo.

He was hospitalised in critical condition and succumbed to injuries this morning at the Ratnapura Hospital.

Four policemen and three civilians were hospitalised with injuries following the clash during a party held at a residence on Nawa Nagara Road last Tuesday (Jan 4).

The death had triggered a harthal and protests in the Embilipitya Town with some angry mobs setting fire to tires on the road throughout today.

The Embilipitiya Magistrate has commenced the preliminary inquiry while the Judicial Medical Officer at the Ratnapura Hospital is scheduled to conduct the postmortem examination on the body, the spokesman said.

Family and friends of the deceased have claimed that he was assaulted and pushed off the building by police officers, however the police maintain that no such thing took place.

When pressed on this matter by journalists, the police spokesman stated that the preliminary inquiry uncovered that the individual jumped off the building and that the postmortem examination will reveal the cause of death.

Police have arrested 8 individuals including the homeowner in connection with the incident.

Gunasekara stated that the 8 suspects were arrested on charges with unlawful assembly, assaulting and injuring police officers and obstructing police duties.