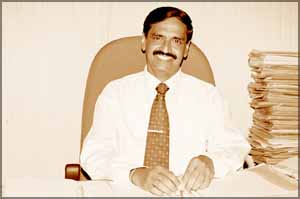 The Police Spokesperson has failed to show a proper sense of responsibility in making comments with respect to the recent death of a man who died during a clash with police in Embilipitiya, former Legal Secretary of the Human Rights Commission of Sri Lanka (HRCSL) Nimal Punchihewa says.

The former Legal Secretary also severely criticised the manner in which the Spokesperson dramatically made the comments with respect to the controversial incident.

“The Spokesperson attempted to cover-up the case. But, that should not be his role as a Spokesperson,” said Punchihewa.

He also went on to say the general public has lost trust in police owing to the statement by the Spokesperson “the man has jumped from an upper floor of the house during the incident.”

The death of the man had also triggered a harthal and protests after angry mobs set fire to tires on the roads at the Embilipitya Town last week. It has been reported that two policemen had asked for liquor from the homeowners after the start of a house party and the ensuing argument between villagers and the police officers had escalated into fisticuffs.