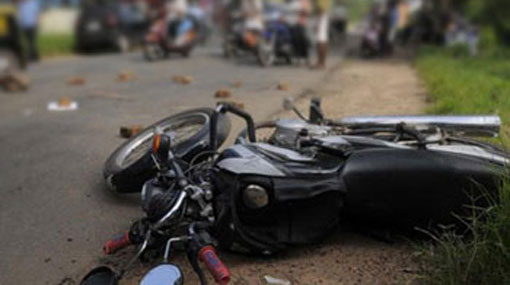 Two university students have been killed in an accident which occurred in the Kokkuwil area in Jaffna.

The victims were on their way to home on a motorcycle after attending a party last night (20), Jaffna Police said.

One student had died on the spot while the other student succumbed to injuries after being admitted to the Jaffna Hospital.

It has been reported that the victims, aged 23 and 24, are third year students in the Arts Faculty of the University of Jaffna. They are residents of Jaffna and Kilinochchi.

Jaffna Police is conducting an investigation into the incident.