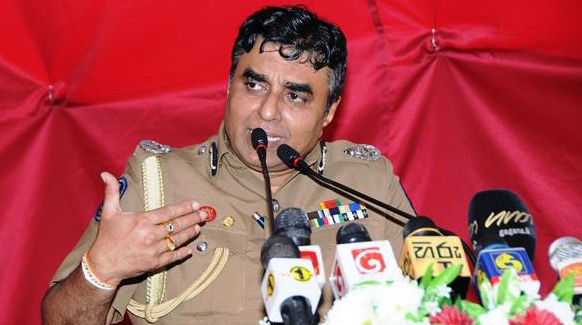 We should admit the fact that there may have been shortcomings on the part of the police with respect of the incident in Jaffna which resulted in the deaths of two university students, IGP Pujith Jayasundara says.

He expressed this view while speaking at an event held in Anuradhapura this morning (25).

Jayasundara also pointed out it is suspicions whether there was a situation for the officer to pull the trigger in a bid to stop the fleeing motorbike.

“On the other hand, it was a serious breach of discipline that they had failed to inform about the incident in the first place,” he added. The IGP also offered condolences to the family members of the deceased.

While opposing the statement of the Secretary of the Police Commission that cops have no authority to shoot at a vehicle for disobeying orders to stop at the request of the police, Jayasundara clarified that the police are allowed to use “minimum power” or “required power” in a situation like this.

“That may be the personal view of the Secretary,” he said.

TAGS :  IGP ,  Pujith Jayasundara ,  Anuradhapura ,  Jaffna ,  university students ,
Disclaimer: All the comments will be moderated by the AD editorial. Abstain from posting comments that are obscene, defamatory or slanderous. Please avoid outside hyperlinks inside the comment and avoid typing all capitalized comments. Help us delete comments that do not follow these guidelines by flagging them(mouse over a comment and click the flag icon on the right side). Do use these forums to voice your opinions and create healthy discourse.