A large number of people, including artists and public figures, today (15) paid their final respects to the late veteran dramatist and actor Jayalath Manoratne, who passed away on Sunday (January 12), aged 71 years.

The cremation of the local drama maestro was held at the Boralesgamuwa public cemetery.

Jayalath Manoratne is an award-winning and renowned actor in Sri Lankan cinema, stage drama, and television. He has also directed his own teledramas and plays.

He is a recipient of Kalasuri and Kala Keerthi titles due to his enormous contribution to the Sri Lankan entertainment industry. 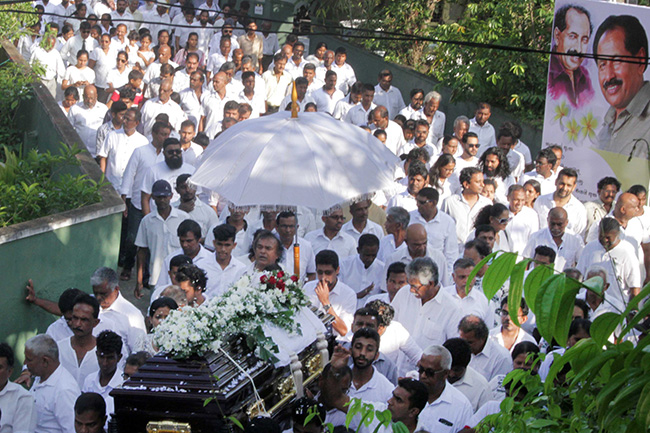