Two private buses fatally collided head-on on the A-9 road at Nalanda area in Naula, Matale this morning (21).

A bus carrying pilgrims from Dambulla to Sri Pada had collided head-on with another bus, that had been en route to Batticaloa from Kandy while overtaking a lorry, which collided with rear-end of the bus immediately after the crash.

A woman and a 12-year old child were killed in the accident while 40 passengers sustained injuries. 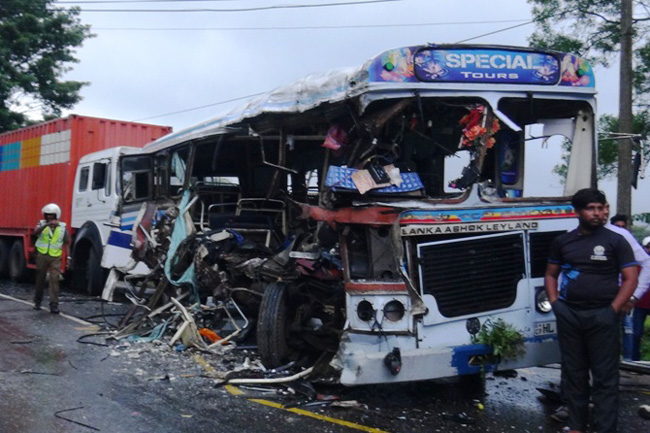