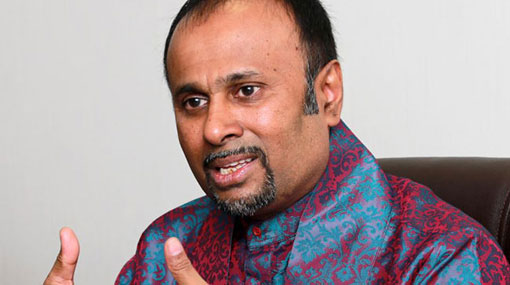 IGP Pujith Jayasundara says Sri Lanka’s former Ambassador to Russia Udayanga Weeratunga has been arrested in Abu Dhabi by the authorities in that country according to their laws and regarding an offense committed there.

“Our investigations are being carried out within the scope of his activities as the Sri Lankan Ambassador to Russia,” he said responding to a question put forward during a meeting with journalists today (24).

However, we need to bring him here in order to record his statement and for other procedures, he said. “We are acting on this based on the understandings between countries.”

He stated that Interpol has certain agreements regarding this matter with countries which are members and that Sri Lanka Police has to make a request for the transfer of the suspect based on these agreements.

In addition to Dubai has to agree to hand him over and it also has to comply with their internal laws, he said. “Because they have arrested him for an offense committed there.”

At any point they can decide to proceed with action against him over that offense there. We cannot pressure them to do otherwise, the police chief stressed.

However, he stated that they have persuaded Dubai authorities to their fullest capabilities while mentioning the fact that he is wanted in connection with an investigation of national-level importance regarding blatant misuse of state funds.

Minister Ranjith Madduma Bandara, who was also present for the meeting, stated that they have requested the government of Dubai to hand over Weeratunga to Sri Lanka and that it all depends on that government’s decision as Sri Lanka cannot influence the decision in any way.