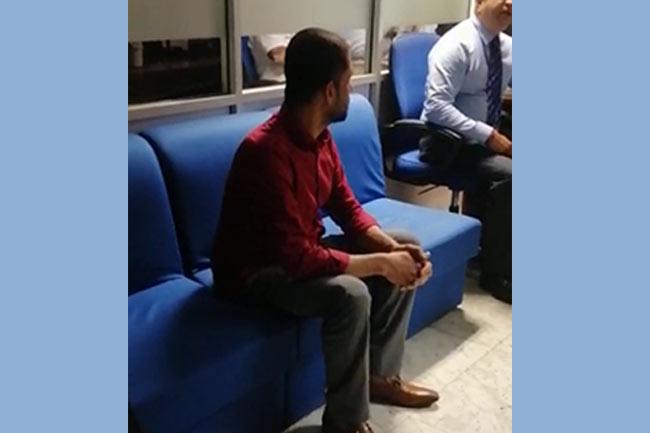 Underworld figure Makandure Madush who was arrested by the Criminal Investigation Department (CID) at the Bandaranaike International Airport last morning (05) is still under interrogation at the CID headquarters.

Makandure Madush was deported from Dubai last morning and was taken into the custody of the CID upon his arrival at the BIA.

Notorious Drug kingpin Makandure Madush was under the custody of the Dubai authorities after being arrested at a drug-fuelled party thrown by him in a Dubai hotel, back in October.

Samarasinghe Arachchige Madush Lakshitha alias Makandure Madush is an underworld gang leader, who has been in hiding abroad for the past couple of years. He allegedly operates his drug network, extortion rackets and other criminal activities through his accomplices in Sri Lanka. Police have been on the hunt for Madush, who is one of Sri Lanka’s most wanted criminals, for the past couple of years as he had managed to evade arrest by Sri Lankan and foreign authorities.