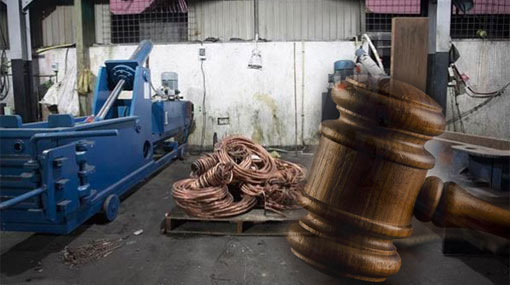 The court has granted the Terrorist Investigation Division (TID) permission to record a statement from Karupayya Rajendran Abdulla, who was arrested and remanded over being employed at the copper factory in Wellampitiya which was owned by the suicide bomber at the Shangri-La Hotel.

The Colombo Additional Magistrate Priyantha Liyanage delivered this order considering a request made by the TID when the suspect was produced before the court yesterday (13).

Accordingly, the TID will be recording a statement from Karupayya Rajendran Abdulla today (14) and the day after (15).

The TID told the court that a statement is to be recorded from the suspect with regard to the explosion at a lodge in Dehiwala.

Nine other suspects who were arrested at the said copper factory were granted bail on May 6th.

Two personal bails of Rs 500,000 were imposed on each suspect while the other suspect named Karupayya Rajendran Abdulla was ordered to be further remanded.