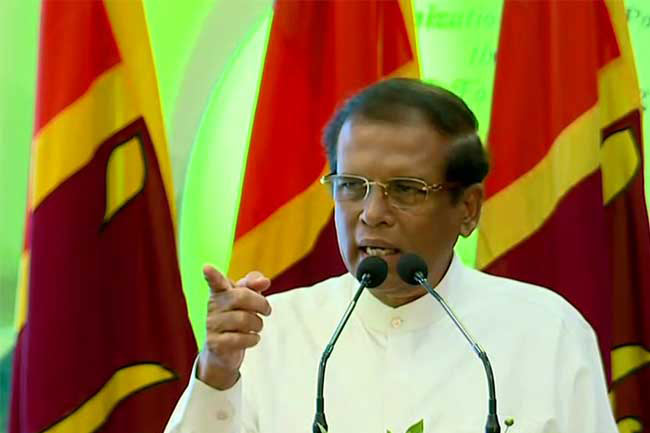 I will ban carpentry sheds; sawmill owners have 5 years to find another job - President

President Maithripala Sirisena says that he will ban the import of machinery used for felling trees. The President stated this at an event held to celebrate the World Environment Day, this morning (06).

He stated that he gave an immediate order at the progress review meeting of Environmental Authority for a Cabinet paper to halt the import of machinery used for felling trees.

According to the President, machinery used for cutting trees is strictly prohibited in countries where strict rules on environmental protection are in place.

“Rich in Sri Lanka have established big sawmills. Or use chainsaw machinery. Those who are poor run carpentry sheds” said the President.

“I will ban carpentry sheds. I will also ban the import of machinery used for cutting trees. I will give sawmill owners five years to find another job”, President further said.