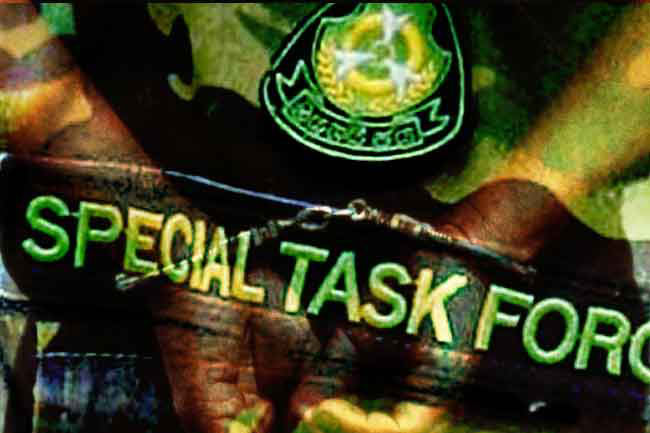 The Special Task Force (STF) has arrested a person at the Mahawatte area in Ja-Ela in connection with the murder of ‘Minuwangoda Kalu Ajith’.

Reportedly, the suspect has been arrested at a raid conducted last night (08) at Madama road

On 5th June, Krishantha Ajith Kumara alias ‘Minuwangoda Kalu Ajith’ was shot dead by unidentified gunmen who had arrived on a motor bicycle at Mahawatte area in Ja-Ela.

The person who rode the relevant motorbike has been arrested in this manner.

Interrogations of the suspect revealed that an organized crime gang member named Sanka from Heetnetihena, Miniwangoda had shot ‘Kalu Ajith’.

Further investigations have led to the discovery of the T-56 firearm used in the shooting and 20 bullets hidden in a marsh in Madama area, stated the STF.

The arrested suspect has been handed over to the Organized Crime Prevention Division (OCPD) and will be produced before the Negombo Magistrate’s Court today (09).