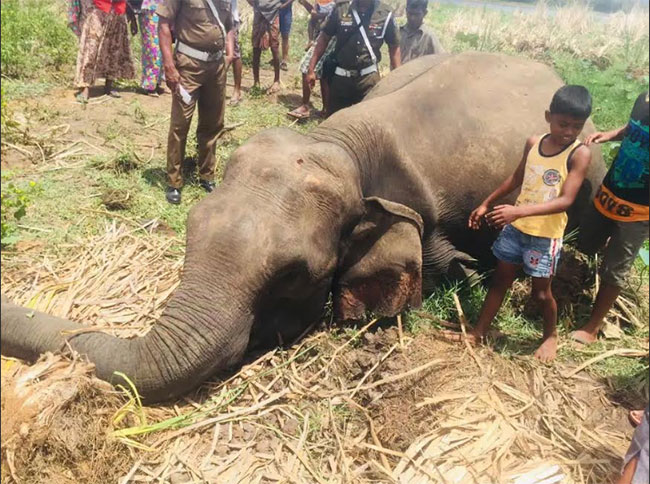 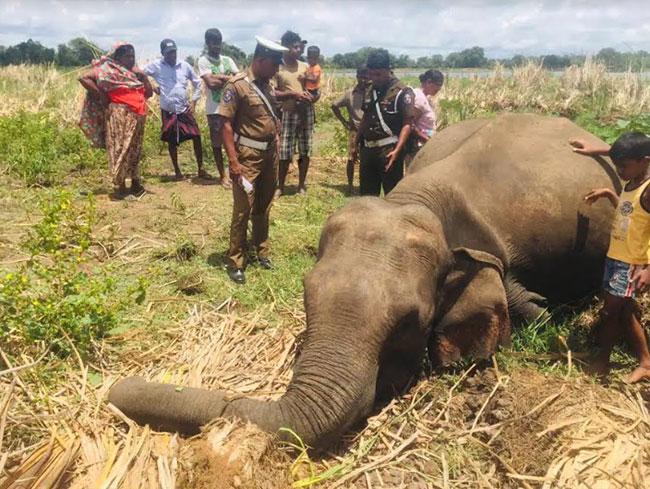 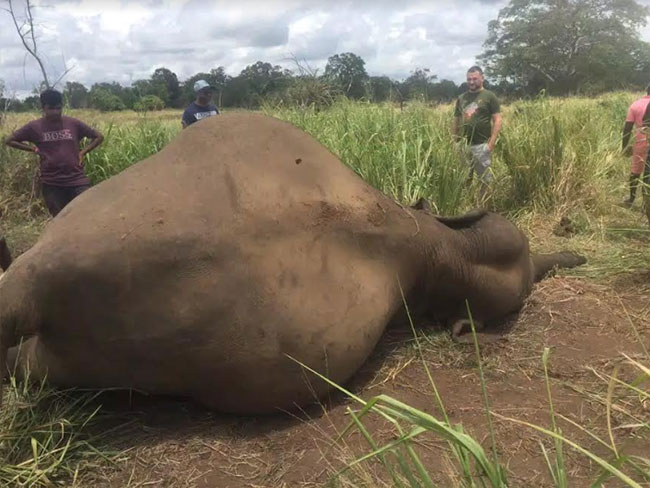 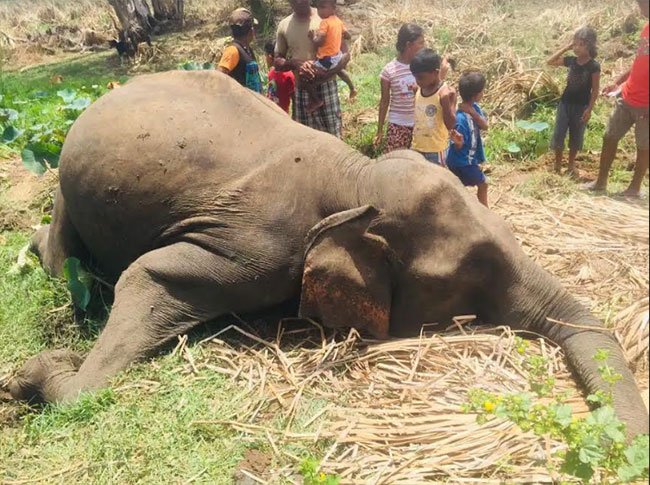 The carcasses of three wild elephants, that are believed to have died under suspicious circumstances, have been discovered near a tank bund at Hiriwadunna, Habarana.

Wildlife officers state that the dead elephants include one pregnant elephant.

The wildlife officers suspect that the elephants might have been killed by injecting them with some kind of poison.

Sigiriya wildlife officers have launched an investigation into the suspicious deaths of the elephants.