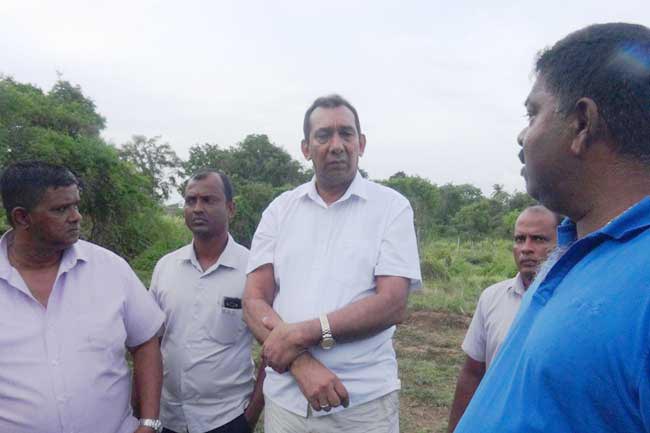 State Minister of Tourism Development, Wildlife & Christian Religious Affairs Ranjith Aluvihare that the government will bear the responsibility for the deaths of the female elephants at the Hiriwadunna reserve in Habarana.

Following a visit to the reserve, Aluvihare states, by not informing the government on this catastrophe up until now, the Director-General of the Department of Wildlife Conservation and its officials have committed a serious offense.

Bandaranayake said that postmortems of several elephants had been carried out and the preliminary investigations show that the elephants have died by ingesting some poison.

However, to gain further knowledge on what the poison was or how it was ingested by the elephants will be obtained through a report by sending more samples of the elephant carcasses, he said.

The Minister further stated that if the elephants were killed by human activities, they would look into the investigation reports and take measures to punish the perpetrators.

He said that there are nearly 5800 wild elephants in the country and yet the government has failed to properly address the frequent clashes between the villagers and the elephants. Therefore, the government will take the complete responsibility of the death of the female elephants, he added.