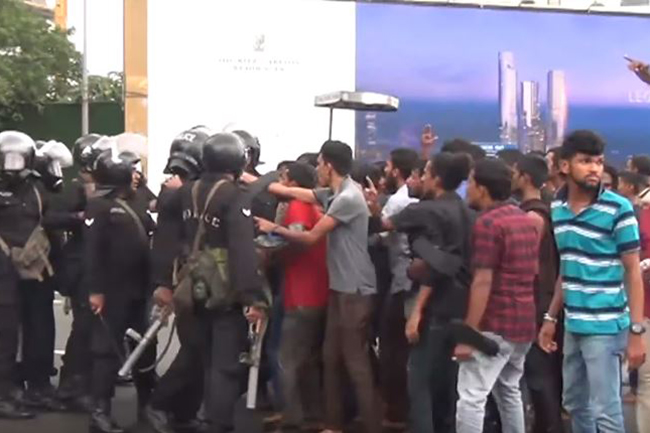 Over 40 Uni students arrested during protest at Lotus Road

More than 40 university students have been arrested at Lotus Road for obstructing public roads & protesting during run-up to an election, the Police said.

The members of the Inter-University Students’ Federation (IUSF) today (24) engaged in a protest at the Lotus Road.

Shortly after the Lotus Road was temporarily closed as the protest was obstructing traffic on the road, the Police fired tear gas and water cannons at the protestors tow disperse the crowd.

The protesting students have moved forwards disregarding the barriers set up by the Police and attempted to march up to the Presidential Secretariat.