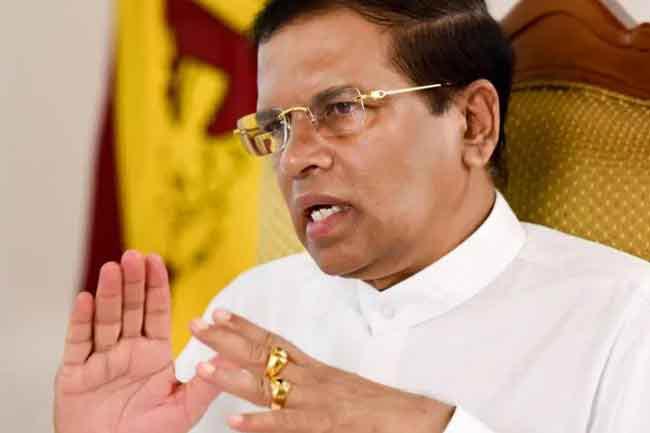 Granting of the presidential pardon to the Royal Park murder convict was carried out on the recommendations of a special committee of officials, civil organizations, and several distinguished members of the society stated President’s Media Division.

Jude Shramantha Anthony Jayamaha, who was sentenced to death over the Royal Park murder case in 2005, was released on presidential Pardon, on Saturday (November 09).

The statement stated that MP Ven. Athuraliye Rathana Thero took initiative and played an important role in gaining the presidential pardon for the convicted youth.

Civil organizations such as the Wijayananda Social Services Development Foundation of Weliwatta Wijayananda Temple, Galle and the Nawa Jeewana Amadyapa Handa of Roomassala, Unawatuna had made requests to the President.

Further, The President also considered the recommendations and suggestions made by a special committee comprising high ranking officials from the Ministry of Justice on Shramantha Jayamaha.

In view of all these, the President granted Presidential Pardon to Shramantha Jayamaha considering the reports made by the Department of Prisons and recommendations other relevant government agencies regarding the conduct of the convict, read the statement.

Ven Athraliye Rathana Thero, Member of Parliament, played a key role and coordinated in obtaining Presidential pardon for this youth and he has brought the parents and close relations of the youth to meet the President and give a lengthy explanation of the background.

Ven Rathana Thero also made a written appeal to the President explaining that the murder took place due to an argument over a love affair between the youth and the young girl and Shramantha Jude Anthony Jayamaha, while serving his sentence in prison with good behavior and conduct and undertook studies to successfully complete his external degree and now working for his PhD and he is an intelligent young man with a pleasant personality. He appealed to consider above and release him on a Presidential pardon.

Ven Rathana Thero also appealed to the President to consider this in accordance with the Buddhist teachings of compassion.

Ven Baddegama Samitha Thero too urged the President to pardon this youth as an intelligent person he would be a good citizen in the future and it would be highly appreciated.

Ven Dr. Keradewala Punnarathana Nayake Thero, Dwitheeya Adhikarana Sangha Nayake of Southern Sri Lanka, also stated that the President Should sympathetically consider granting pardon to this youth he has not indulged in any illegal acts apart from the crime he was found guilty. Ven Balangoda Buddhagosha Thero also stressed the importance of granting Presidential pardon to this youth.

When this crime took place Shramantha Anthony Jude Jayamaha was a 19 year old youth and considering that it was reported that the crime was committed due to instantaneous and uncontrolled anger and not a pre-planned murder and considering his good conduct during the last 15 years of prison life and he has completed higher studies and studying for Ph.D. and he is an intelligent and experienced person who has been rehabilitated and he has not been found guilty of any wrongdoings during the imprisoned period, and considering that he has an ability to serve the country as a good citizen and in other countries too such amnesty is given to prisoners, the President has decided to pardon Shramantha Jude Anthony Jayamaha.