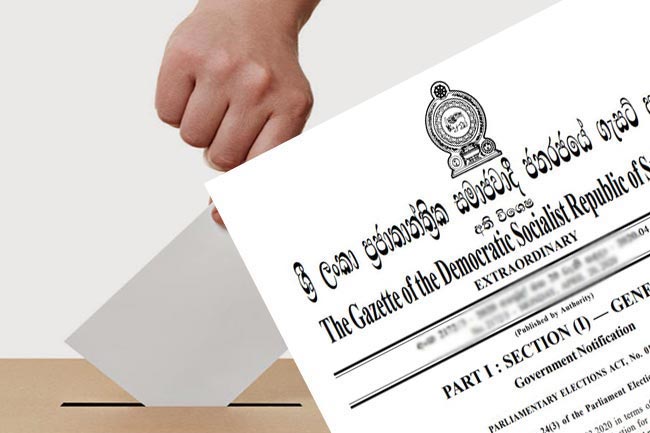 The extraordinary gazette notification containing the preferential numbers for the General Election 2020 has been published a short while ago, stated the Department of Government Printing.

The Government Printer said that the gazette has published the preferential numbers of candidates in 22 districts.

The Chairman of the Election Commission Mahinda Deshapriya said on Monday (08) that preferential numbers will be issued to candidates through the District Election Offices from today (09).

In a media briefing following a meeting of the members of the Elections Commission, Deshapriya also revealed that the date for the General Election will be declared within this week.

GENERAL ELECTIONS OF MEMBER... by Ada Derana on Scribd