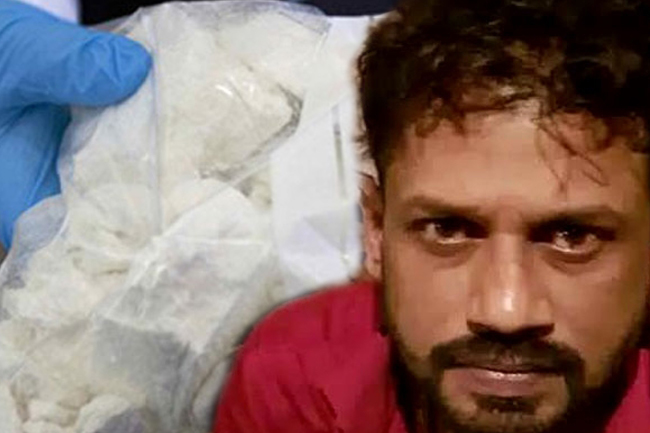 10kg of heroin seized after tip-off by Makandure Madush

A consignment of heroin weighing nearly 10kg has been seized from Kotikawatte area, says the Colombo Crimes Division (CCD).

The haul was recovered based on the information divulged by the notorious underworld figure and drug kingpin ‘Makandure Madush’ during interrogations.

Criminal Investigation Department (CID) had transferred Madush to the custody of CCD on Friday (16), for further investigations into the cases filed against him.

He was deported from on May 05, 2019 and was taken into the custody of the CID upon his arrival at the BIA.