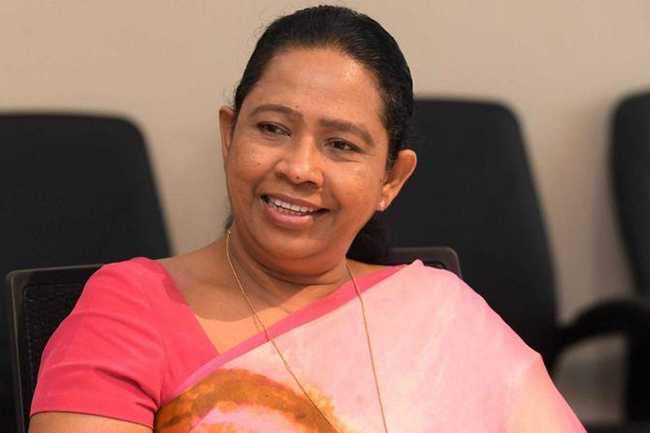 A rapid antigen test had initially confirmed that Minister Wanniarachchi is positive for novel coronavirus.

She was subsequently referred to a PCR test. Reports revealed that the minister is home-quarantining until test results are received.