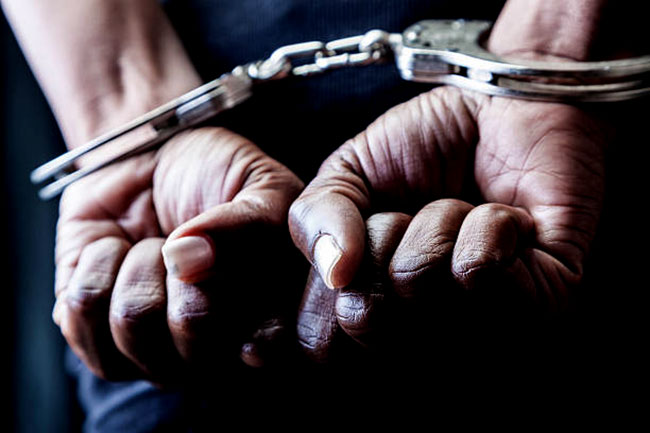 India’s Narcotic Control Bureau (NCB) has come up with the details of the official of the Indian Coast Guard (ICG), who handed over a Sri Lankan detainee — allegedly inflicted serious burn injuries while in its custody — to the Bureau, The Hindu reports.

The revelation of the NCB official attains significance in the wake of the complaint that some ICG officials forced L.Y. Nandana, 46, of Nakulugamuwa, Sri Lanka, to lie on a hot iron sheet, which was used to cook food in the vessel, after keeping a lighted gas stove beneath the metal sheet.

Mr. Nandana and five others, who were on board the fishing vessel, Ravihansi, were intercepted by the Indian Coast Guard last month at Minicoy and 323 kg of heroine, five AK-47 rifles and 1,000 cartridges were seized from the vessel. The accused were later handed over to the Bureau for further investigation.

The allegations of torture surfaced after the prisoner raised the issue when he was produced before the court. Taking note of the burn injuries on the backside of the foreign national, the Additional Sessions Judge 1 of Thiruvananthapuram, had directed the Chief Judicial Magistrate, Thiruvananthapuram, to take cognisance of the incident and provide him adequate medical treatment.

The Hindu had earlier reported that the detainee complained to the court that some officials of the ICG forced him to lie in a supine position on a heated iron plate used for cooking in the patrolling vessel. He had also complained that some personnel forced his body to the sheet with their shoe and beat him up with iron rods.

In his report to the Chief Judicial Magistrate, Thiruvananthapuram, Aashish Kumar Ojha, the NCB official, submitted the other day that an Assistant Commandant of the ICG, who was the Boarding Officer of the vessel Samarth, handed over the Sri Lankans along with huge quantities of narcotics substances and arms and ammunition to the Bureau officials.

The revelation of the NCB official comes in the wake of the Chief Judicial Magistrate seeking information from both the agencies on the personnel who were on duty in the ICG vessel on the day in which the prisoners were picked up. The court sought the information on the men and the vessel as part of its procedure to ascertain whether a case has to be booked following the complaint. The ICG is yet to respond to the court notice seeking the details. The court may send a reminder to the ICG seeking information, sources said.

Meanwhile, a medical report submitted to the court by the doctors of the Government Medical College, Thiruvananthapruam, confirmed that the detainee suffered burn injuries on his upper back and right buttocks. The report stated that he was being provided symptomatic treatment at the surgery department of the hospital.

The court has posted the case for May 17 with a directive to the ICG to file a report.