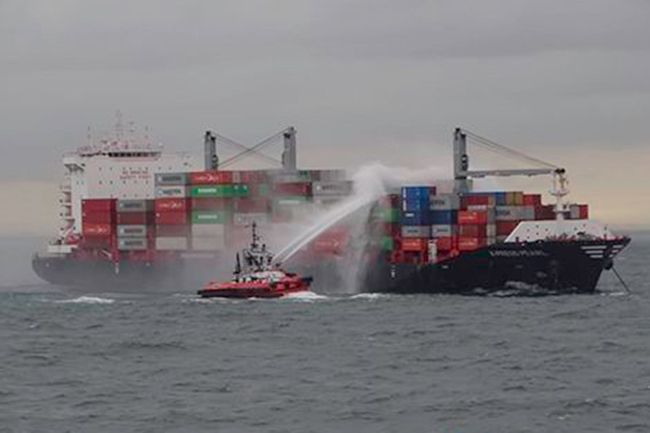 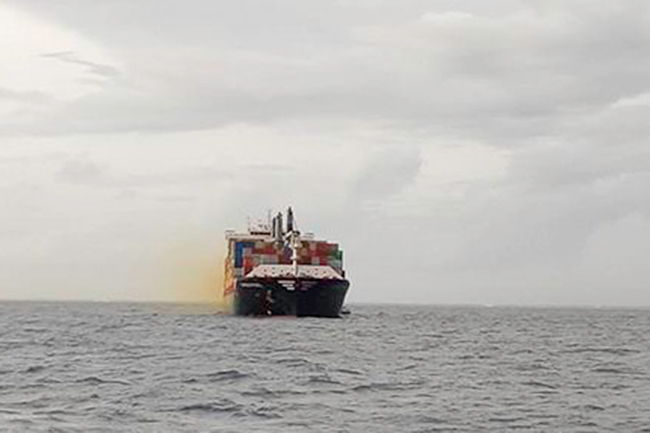 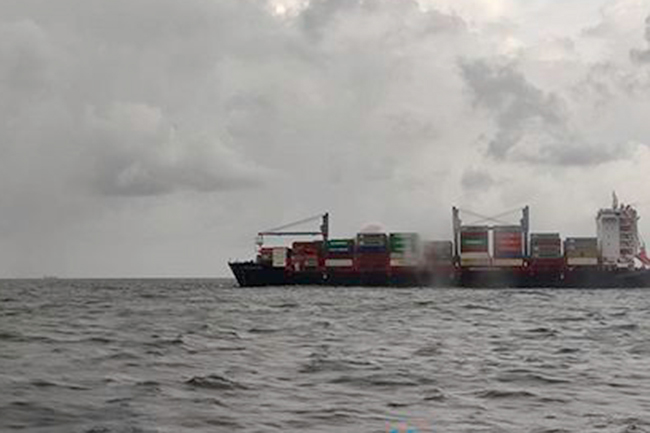 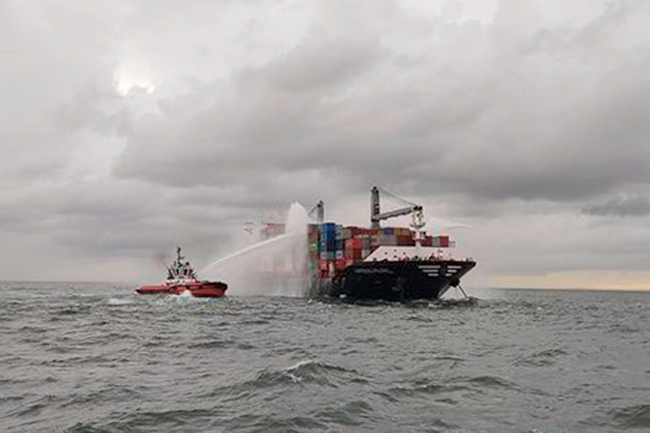 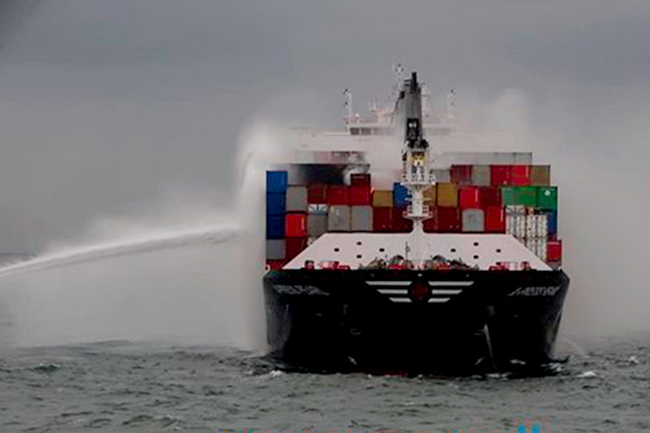 A fire has erupted in a container ship ‘X-PRESS PEARL’ carrying Nitric Acid and other chemicals on Thursday afternoon (May 20), says Sri Lanka Navy.

The container ship was in anchorage about 9.5 nautical miles northwest of Colombo harbour at the time of the incident. The vessel had reached the location May 19 before its entry into the harbour.

The vessel, registered under the flag of Singapore, has carried 1,486 containers with 25 tons of Nitric Acid, several other chemicals and cosmetics from the port of Hazira, India on May 15, according to the Navy.

The distressed container ship was reportedly manned by a crew of 25, who are Philippine, Chinese, Indian and Russian nationals.

Responding to a distress call, the Navy had promptly dispatched 02 Offshore Patrol Vessels, Sri Lanka Naval Ships (SLNS) Sagara, Sindurala and a Fast Attack Craft to the scene of fire.

In addition, one Tug from the Sri Lanka Ports Authority (SLPA) has also joined the firefighting efforts.

Meanwhile, special team comprising SLPA personnel got onboard the ship last evening and inspected the situation onboard ship where they suspected that the fire was erupted due to a reaction to the chemicals being transported on the ship, the Navy stated further.

Special teams of the Navy and Sri Lanka Coast Guard are remaining standby to respond to possible emergency situation and the SLPA tug is currently engaged to smother the flames erupted.