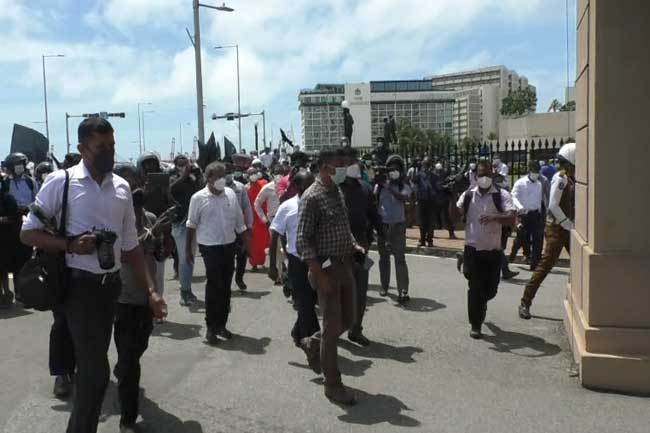 Dozens arrested at protest in front of Presidential Secretariat

The police have arrested 42individuals over unruly behaviour during a protest staged in front of the Presidential Secretariat today (August 04).

Police Spokesman Senior DIG Ajith Rohana stated that statements are being recorded from the arrestees.

They are to be produced before the court under provisions of the Quarantine & Prevention of Diseases Ordinance, the Penal Code and the National Thoroughfares Act.

Reportedly, 26 males and 16 females are among the arrestees.

They were arrested on charges of unlawful assembly, blocking a main road and behaving in violation of quarantine regulations.