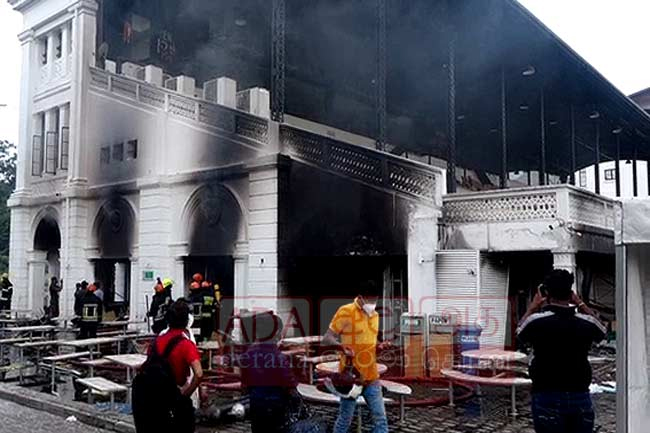 A restaurant located on the ground floor of the Race Course building has been gutted in a fire that erupted today (November 20).

According to reports, a gas leak is suspected to have caused an explosion inside the restaurant at around 5.30 a.m. this morning.

Six fire trucks of the Colombo Municipal Council Fire Brigade and the Cinnamon Gardens Police have doused the fire in a joint effort.

No casualties are reported from the fire.

However, two individuals, who were at the car park in front of the building have sustained minor injuries, Police Spokesman SSP Nihal Thalduwa revealed. The duo has been discharged from the hospital after receiving medical care.

The government analyst is expected to inspect the scene shortly, the police spokesman said further.

The Cinnamon Gardens Police is conducting further investigations into the incident.