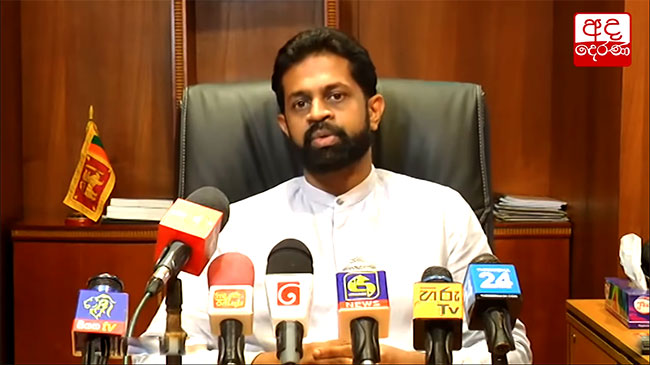 According to various media reports, Mr. Lasantha Wickramasinghe has been removed from the position as the Chairman of MILCO (Pvt) Ltd., the state-run dairy producer and marketer in Sri Lanka.

However, speaking to reports in Colombo this morning (19), Mr. Wickramasinghe said that he is yet to be officially informed of such a decision and that even he came to know that a new chairman has been appointed through the media.

He said that attempts to contact the subject minister to inquire about this were also futile.

“I have not been notified about that. I also found out from the media. But I came to know that a letter (of appointment) has been issued to Renuka Perera.”

“However, he is also our friend,” Mr. Wickramasinghe said, adding that he will continue with the duties in that post until Mr. Renuka Perera assumes duties.

He said that they are glad that they were able to carry out the responsibilities entrusted to them by the President at Milco in the last two years, without fail.

“Everyone is asking for easy ones and the challenge we were given is to take the hard ones and to do it. We took up the challenge and within two years the company that was about to close down was transformed into a profit-making company and last year it became a company that earned an income of Rs. 400 million.”