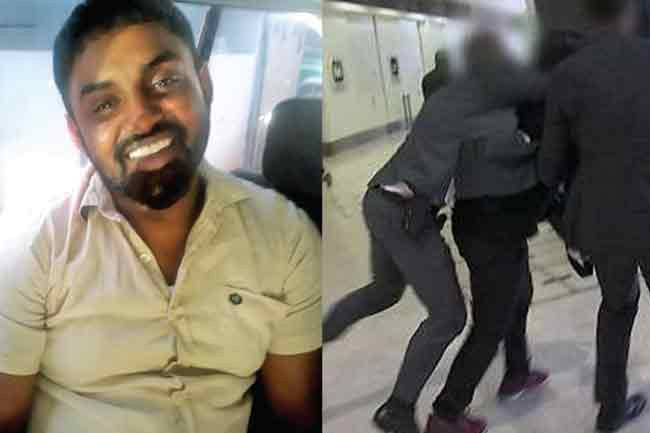 The notorious drug kingpin and the leader of an organized criminal gang in Sri Lanka, Nadun Chinthaka alias ‘Harak Kata’ has been arrested during a covert operation in Dubai, reports revealed.

According to local newspapers today (12), the raid was conducted by the Police Narcotics Bureau in coordination with the international police. The arrest was made when the suspect tried to flee to Malaysia with a woman who is said to be his wife.

The sources further mention that the suspect has travelled to several countries using a fake passport created by using a picture of his face and the bio-data of another deceased person.

It is also reported that he had last visited the Maldives before returning to Dubai.

Meanwhile, further investigations were initiated last night (Aug 11) to confirm whether the arrestee is indeed the organized criminal gang leader Nadun Chinthaka alias “Harak Kata”, who was the mastermind of a series of recent shooting incidents in the country.

As per reports, it has been discovered that ‘Harak Kata’ had been involved in drug distribution activities in association with other drug traffickers operating in many countries including Malaysia, Singapore, Seychelles and the Maldives.