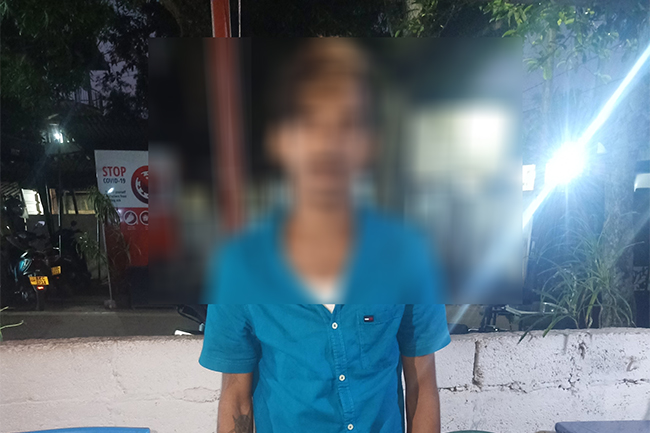 An accomplice of the notorious criminal figure Nandun Chintaka alias ‘Harak Kata’ was arrested at a lodge in Boralesgamuwa, the Police Special Task Force says.

According to STF officers, this 27-year-old, an accused in several murder cases, is the leading gunman of the criminal gang run by ‘Harak Kata’.

Preliminary investigations uncovered that ‘Kadira’ had been conspiring a crime while staying at a lodge in Boralesgamuwa. A firearm and heroin were also taken into custody from the possession of the suspect.

He has been handed over to the Matara Police crimes unit for further investigations.