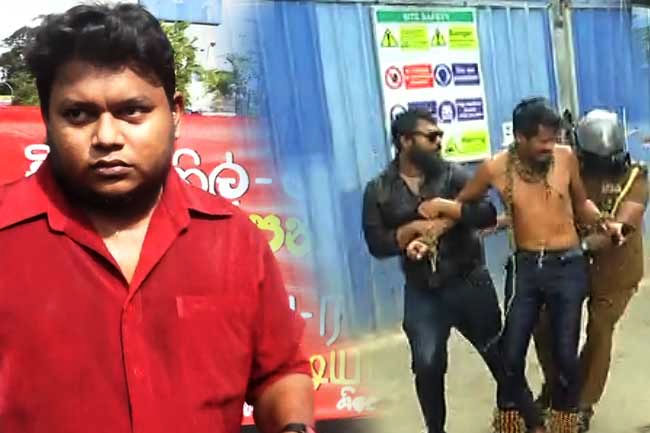 IUSF convenor among five arrested during protest in Colombo

Five protesters including IUSF convenor Wasantha Mudalige, against whom an arrest warrant was pending, have been arrested during the protest march at Union Place in Colombo.

It is reported that actor Jehan Appuhami is also among the persons arrested during the protest.

The arrests were made after police used water cannons and tear gas to disperse protesting university students who were marching through Town Hall and towards Union Place despite police blockades.

Earlier, the police had blocked the road between Union Place and Town Hall due to the protest march by university students.

The protest had been organized by Inter University Students Federation (IUSF) against the incumbent government led by President Ranil Wickremesinghe.