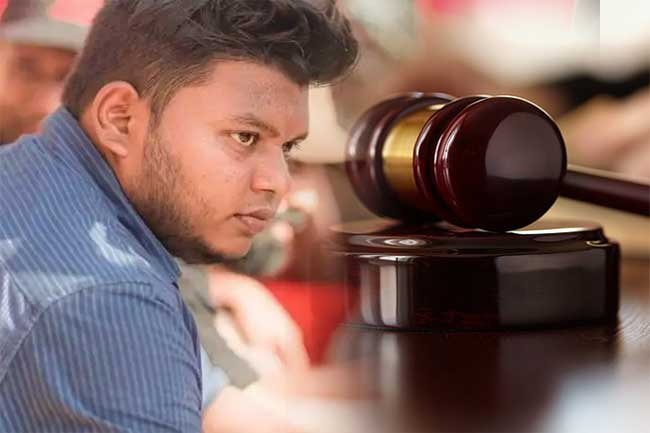 Police to obtain detention orders on 3 including Wasantha Mudalige

Sixteen individuals who were arrested following a protest march at Union Place in Colombo on Thursday (Aug 18) have been granted bail.

The arrestees were produced before the Colombo Additional Magistrate T.N. Ilangasinghe earlier today.

The protest march had been organized by Inter University Students Federation (IUSF) against the incumbent government led by President Ranil Wickremesinghe.