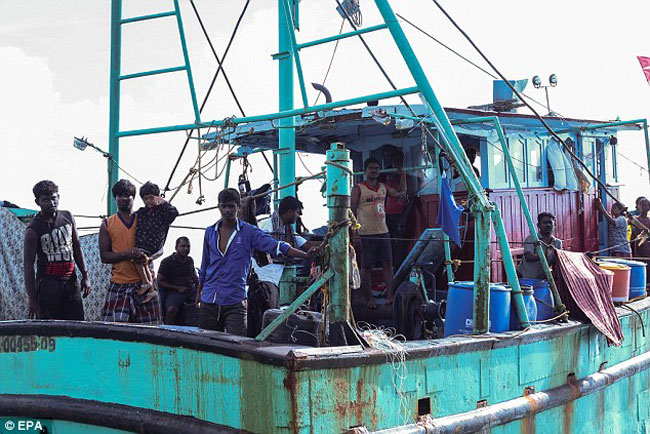 An Indian-flagged vessel carrying around 35 Sri Lankans that was stranded in waters off Indonesia’s Sumatra Island has set sail for Australia.

An official from the Lhoknga sub-district of Aceh province said Monday that Indonesian security forces escorted the vessel with Tamil on board into international waters Sunday night, according to Indonesian news outlet kompas.com.

The boat, reportedly carrying 17 women and five children, was stranded in Indonesian waters Saturday after suffering engine damage amid strong winds that forced them to anchor around 300 meters (984 feet) from Lhoknga beach in Aceh Besar regency.

Aceh’s immigration office helped repair the vessel on condition that it sailed out of the country’s waters, which it was scheduled to leave Sunday morning -- plans that were delayed due to bad weather conditions, strong winds and large waves.

“Once the weather subsided, the migrant ship departed to the open sea and was escorted by police and military,” Kompas quoted Ramli, who like many Indonesians uses one name, as saying.

On Sunday, the chief of the supervision and enforcement department of the local immigration office, Usman, said that Indonesian authorities did not know why the vessel was headed to Australia.