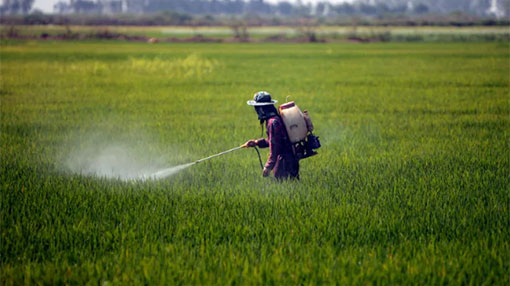 Glyphosate under fire from San Francisco to Sri Lanka

The active ingredient in Monsanto’s weedkiller Roundup is glyphosate, one of the world’s most widely used herbicides that has become highly controversial because of claims of its links to cancer.

A San Francisco court this week ordered Bayer-owned Monsanto to pay more than $2 billion in damages to a couple who claimed the product caused their cancer, in the third such ruling since August 2018.

The World Health Organization’s International Agency for Research on Cancer found in 2015 that glyphosate is “probably carcinogenic”, and there have been some attempts around the world to stop its use.

However the US Environmental Protection Agency (EPA) said this month that the herbicide is unlikely to cause cancer in humans, although it recommended measures to prevent potential ecological risks.

Here is a broad overview of the state of play regarding glyphosate around the world.

German pharmaceutical firm Bayer, which bought Monsanto last year, announced in April 2019 that over 13,000 lawsuits related to the weed killer had been launched in the United States.

California in July 2017 became the first US state to list glyphosate as carcinogenic, a measure that did not result in a state-wide ban but requires companies selling it to flag warnings.

In August 2018 a California jury found Monsanto guilty of failing to warn a dying school groundskeeper that Roundup and its professional grade version RangerPro might cause cancer, saying they contributed “substantially” to his terminal illness.

The lawsuit was the first to accuse the product of causing cancer and Monsanto was ordered to pay $78.5 million in compensation.

In March 2019 the company lost another case to an American retiree who blamed his cancer on the weedkiller, and was ordered by a court to pay $80 million.

After two years of fierce debate, the European Union’s member states decided at the end of 2017 to renew the licence for glyphosate for another five years.

This was despite the objections of France and eight other member states.

The EU’s executive body, the European Commission, pointed to the approval of glyphosate by its two scientific agencies, the European Food Safety Authority (EFSA) and the European Chemicals Agency, which do not classify the substance as carcinogenic.

But the independence of EFSA was questioned after media reports suggested that pages of its report were copied and pasted from analyses in a 2012 Monsanto study.

The French government promised in May 2018 that glyphosate would be banned “for its main uses” by 2021, and “for all of its uses” within five years.

In January 2019 French authorities banned the sale of Roundup Pro 360.

Colombia outlawed aerial spraying of glyphosate in 2015, but President Ivan Duque in March 2019 called for the ban to be modified in order tackle record cocaine crops.

In agriculture powerhouse Brazil, a major user of the weedkiller, in August 2018 suspended licenses for products containing glyphosate, pending a toxicological re-evaluation.

Another court lifted the suspension the following month saying it was not justified.

In some areas of Argentina there have been clashes between farmers for whom the product is indispensable and residents concerned about their health, with some restrictions applied at a local level.

El Salvador’s parliament voted in 2013 to ban 53 agrochemical products, including those containing glyphosate. However the ban was later lifted on 11 products -- including the weedkiller.

It backtracked in July 2018 but limited use to tea and rubber plantations.