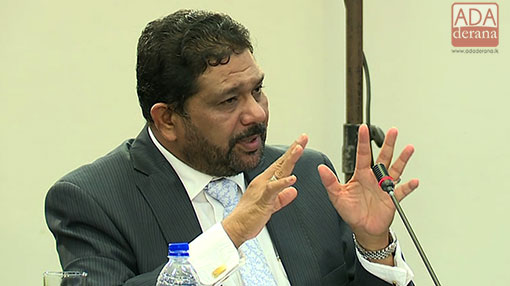 Former Western Province Governor Azath Salley claims that terrorist leader Zahran Hashim’s group torched 120 houses belonging to traditional Muslims in Kattankudy in the Eastern Province in 2017, however the police did nothing regarding that.

He said that the people living in the area took to the streets and protested demanding the arrest of Zahran, but even then they didn’t arrest him.

“They did nothing. The OIC who was preparing to arrest him was transferred immediately,” he said, testifying before the Parliamentary Select Committee probing the Easter Sunday attacks.

He also alleged that traditional Muslims who went and filed complaints with the police against them were either chased away or arrested.

The former Governor further said that during a visit to Batticaloa by the President a week or so before the bombings, he had spoken to the Inspector General of Police (IGP) Pujith Jayasundara regarding the Thowheed Jamath’s activities.

“They have taken a house and conducting prayers. The area’s people have started objecting but they have assaulted them,” he told the PSC.

Salley said that the IGP called the ASP in charge of the area and asked what is the problem and to stop this happening.

“Do you know what reply the ASP gave him? ‘We can’t stop anybody doing any prayers at home’,” he said.

He said these groups always went to areas where they were not going into the mosques, and that they were buying places.

“How did this money come into the country? How did this Thowheed Jamaath buy all these properties? All their mosques were illegal. Where is the Wakf (Board)? Where is the Muslim department?”

“They can’t conduct prayers without the mosque being Waqfed.”

“So there was a big lapse there also,” he said, adding that when traditional Muslims went before anybody to make any complaints, nobody looked at it.