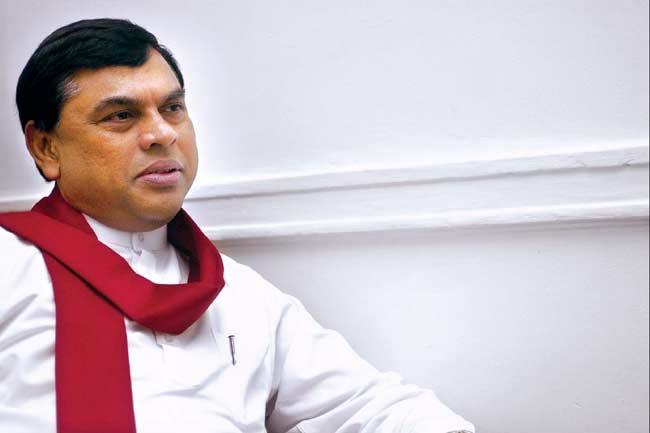 Gotabaya to be SLPP presidential candidate?

Former Defense Secretary Gotabaya Rajapaksa could be the next presidential candidate, according to SLPP MP Basil Rajapaksa.

He mentioned this following a meeting with the Chairman of the Elections Commission along with Party Secretaries and representatives, today (11).

Commenting to the media, Basil Rajapaksa stated that the Elections Commission has made a promise on holding the elections today as well as on earlier occasions.

He also said that there might be a Presidential election soon and that a suitable candidate will appear on time.

That candidate might be Gotabaya Rajapaksa as well, he further said.