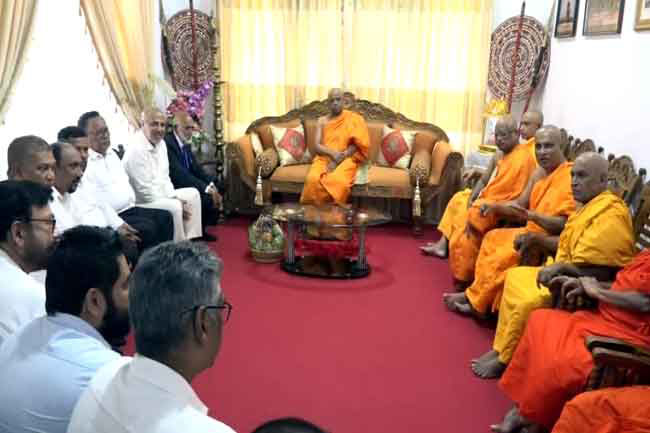 The Thero mentioned this when the Muslim Ministers who resigned from their posts called on the Theros of the Malwathu and Asgiri Chapters, today (11).

Leader of the Sri Lanka Muslim Congress (SLMC) Rauff Hakeem stated that the Ministers took this as a collective decision to avoid further harm to the country.

Dhammadassi Thero stated that the Ministers who have received charges should come forward without fear and prove their innocence to the country; otherwise this issue wouldn’t be resolved.

The event was participated by former Minister Rishad Bathiudeen as well.