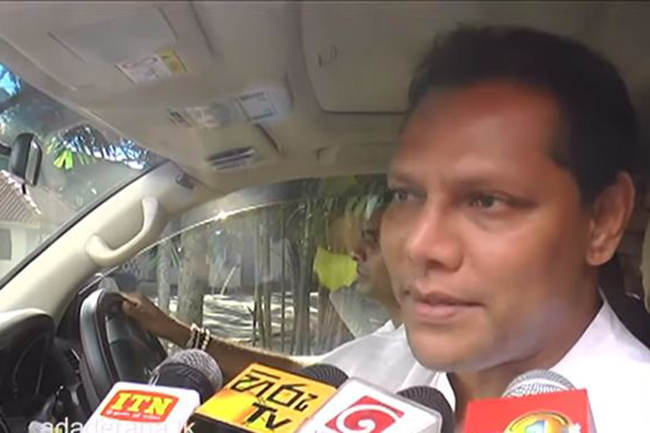 He stated this speaking to the media today (08) following the party’s discussions chaired by President Maithripala Sirisena concerning the upcoming Presidential Election.

The discussions were held at the Presidential Secretariat this morning to talk over which candidate the SLFP would be supporting in the election.

Another discussion took place this evening at the official residence of the General Secretary of the United People’s Freedom Alliance (UPFA).

Following the discussion, he said the President would be announcing the SLFP’s final decision tomorrow (09).