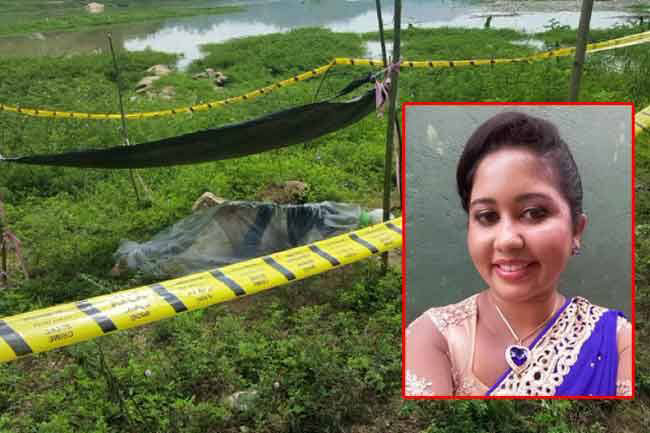 Body of female teacher who went missing in Gampola identified

The body of the female teacher from Gampola, which was recovered from the Victoria Reservoir after she went missing for around six days, has been identified by the parents and family members of the deceased.

Nisansala Ratnayake (27), a teacher from Keerapane in Gampola who had been employed at the Sri Pada College in Hatton, was reported missing on October 01after she had mysteriously disappeared while returning to her home from the school.

She was reportedly last seen alive in the CCTV camera footage recorded at a shop located around 100 meters away from her home while it shows her on her way home after concluding an extra class.

However, her parents lodged a complaint with Gampola Police that evening as their daughter had still not returned home.

Her body was found floating on the Victoria Reservoir near a garment factory at Haragama on Monday night by Thalathuoya Police.

Meanwhile relatives of the deceased suspect that she may have fallen into an unprotected drainage system in the area and swept away due to the fact that a similar incident had also recently happened to one of their neighbors who had barely managed to save herself.

Gampola Polcice has launched an investigation into the death.