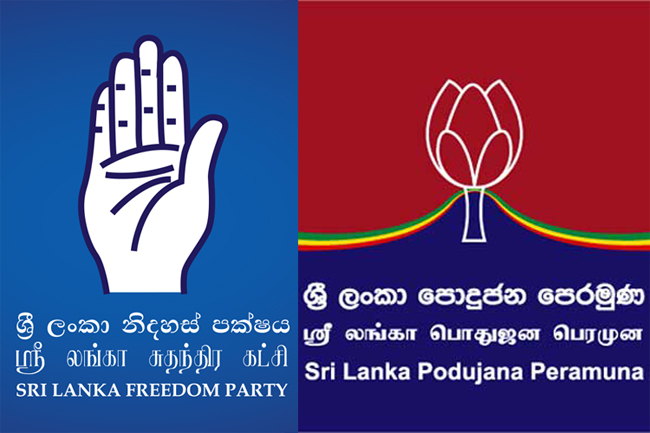 The Sri Lanka Freedom Party (SLFP) and the Sri Lanka Podujana Peramuna (SLPP) are expected to sign a Memorandum of Understanding tomorrow (Oct. 10).

UPFA MP Lasantha Alagiyawanna says that the MoU between the SLFP and the SLPP will be signed tomorrow morning at the Sri Lanka Foundation Institute (SLFI) in Colombo.

This decision was announced at a special SLFP press conference held this morning (9), after several rounds of talks going back-and-forth between the two parties over the past couple of months and also after delaying the announcing of the decision multiple times.

SLFP members said that the party’s decision to support the former Defence Secretary at the presidential poll was unanimous and that it received the backing of the party’s MPs, provincial councilors as well as the local councilors.