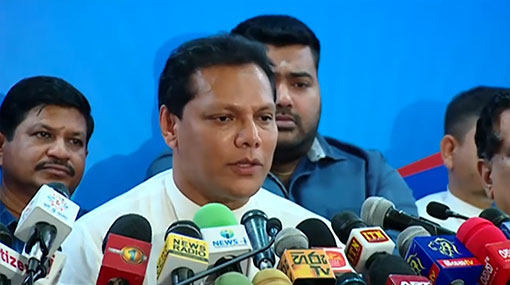 President Maithripala Sirisena has decided to remain neutral at the Presidential election scheduled next month even as his party will support former defense secretary Gotabaya Rajapakse at the elections.

Sri Lanka Freedom Party (SLFP) General Secretary Dayasiri Jayasekera said that President will not take the stage and support any candidate at the election.

Jayasekera said that President is Minister in charge of the Police and security forces and so will put his political party aside and be independent to ensure a free and fair election.

SLFP MP Nimal Siripala de Silva that the SLFP is firmly working on the democratic framework and national unity that prevails in the country at present. He also noted that protecting the identity of the SLFP is a top priority.