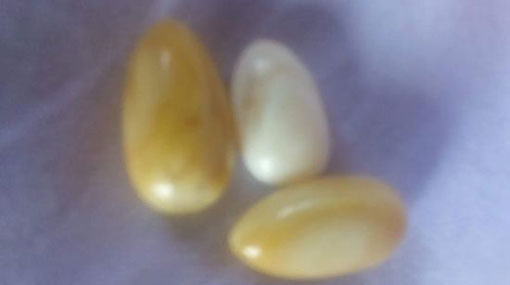 Three suspects were apprehended for the possession of Elephant Pearls (Gajamuthu) during a raid carried out by the Navy in coordination with the Police, in Akkaraipattu area.

Accordingly, these suspects were apprehended with 3 Elephant Pearls during a raid carried out in Akkaraipattu area by Southeastern Naval Command in coordination with officials of ASP office Kalmunai on Tuesday (8).

By further inquiry it was revealed that these illegal Elephant Pearls were set for sale and the suspects who were residents of Akkaraipattu area, aged 30 and 39, were identified as the smugglers engage in this business.

The suspects along with the Elephant Pearls were handed over to Kalmunai Police for further investigation, the navy said.