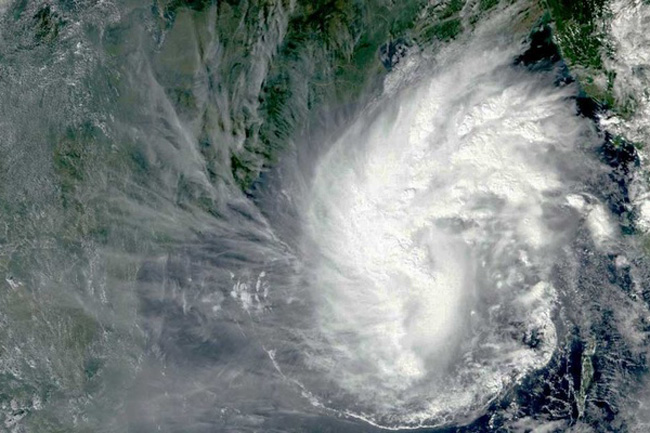 Fishermen advised not to venture into sea due to Cyclone Bulbul

Showers or thundershowers will occur at several places in Western province and in Galle, Puttalam and Trincomalee districts, the Department of Meteorology said.

Showers or thundershowers will occur at several places elsewhere after 1.00 p.m.

Misty conditions can be expected at some places in Northern, North-central, Sabaragamuwa, Central, Western and Uva provinces during the morning.

The general public is kindly requested to take adequate precautions to minimize damages caused by temporary localized strong winds and lightning during thundershowers.

The cyclonic storm ‘Bulbul’ in the Bay of Bengal sea area has developed into a severe cyclonic storm and now located near latitude 16.3N, longitude 87.9E, says the Department of Meteorology.

It is very likely to intensify into a very severe cyclonic storm during next 24 hours and move north-westwards towards west Bengal-Bangladesh coast.

Heavy showers or thundershowers, very strong winds and very rough seas can be expected in the sea areas between latitude 13N and 22N, longitude 83E and 94E.

Naval and fishing communities (particularly multiday boats) are hence advised not to venture into above sea areas and requested to be vigilant in this regards till 11th November.

Showers or thundershowers will occur at several places in the sea areas around the island.

Winds will be South-westerly and speed will be (20-40) kmph in the sea areas around the island.