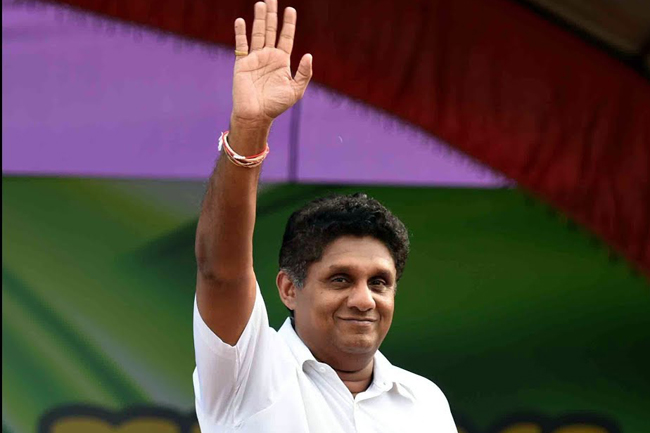 I will appoint a first-time prime minister - Sajith

The Presidential front-runner of New Democratic Front (NDF) Minister Sajith Premadasa says he will appoint a ‘first-time prime minister’ who will be endorsed by the majority.

Premadasa delivered a special statement yesterday, saying that he wanted to clarify the conditions he has set for his candidacy so that people would not be doubtful about his intentions to change the politics in the country.

Instead of the corrupt political system that prevails in the country, Sajith intends to establish a fresh, clean and skilled political culture.

Premadasa says he would not allow politicians who are under the allegations of corruption and frauds to hold ministerial posts in the new government he expects to establish.

“I will call for a free and fair election as soon as possible and form a new stable government,” Premadasa said in his statement.