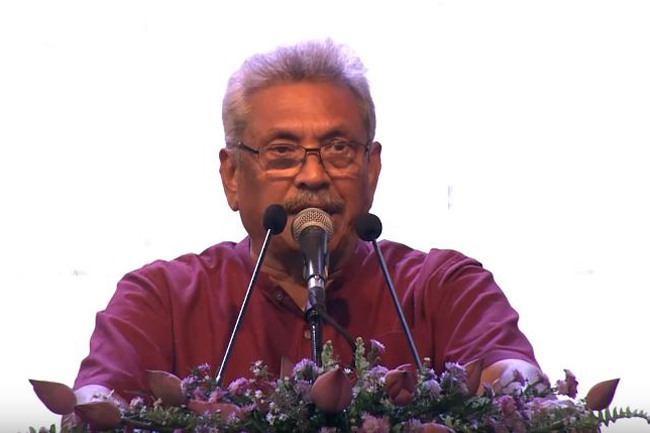 Addressing a rally held at Kegalle yesterday (07), Rajapaksa added that he also aims to attract 7 million tourists into the country.

The tourism industry is a field that can generate a large number of job opportunities in the country, says Rajapaksa, stressing on the government’s intervention in this regard.

A whopping great middle class has now emerged in developed economic giants like India and China, the former Defence Secretary said. “It is these middle-class people who largely travel from one country to another,” he added.

“We must promote Sri Lanka in such countries,” Rajapaksa said further.

Elaborating on this, he said the aforesaid two targets can easily be achieved if the government takes measures to promote the island nation in other developed countries while improving the facilities at local airports and relaxing the immigration and emigration policies of the country so that foreign tourists can visit the country without much hindrance.

The private sector will then begin to venture into new businesses and generate new jobs, Rajapaksa pointed out.