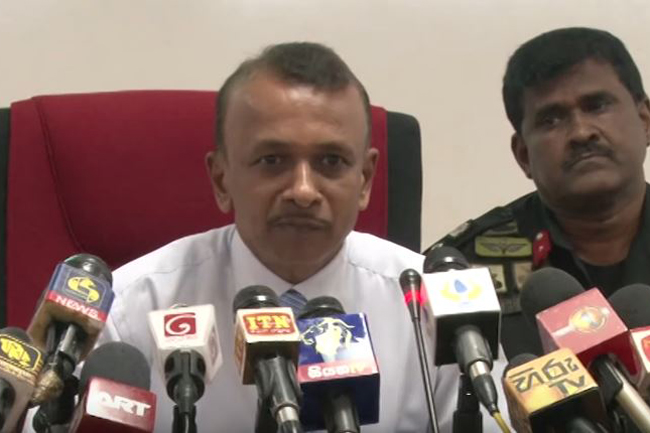 Clouds of dust over Colombo likely to increase - DMC

The clouds of fine dust that swept through the skies of Colombo during the past two-three days are currently dissipating, however, there is a risk of recurrence, the Director General of Disaster Management Centre (DMC) Dharmasiri Weeratunga cautioned.

He remarked this addressing a media briefing held at Colombo.

According to Mr. Weeratunga, a slight increase in the clouds of fine dust is expected by the 13th of November.

He urges the public not to panic but to be on alert for the announcements made by the DMC in this regard and the measures that need to be taken at such times.

The public was also appealed to follow the instructions given by the DMC in case of an emergency situation.

Two days ago, the National Building Research Organization (NBRO) stated that the air pollution in the city of Colombo has risen to more than double its normal levels.

The Organization cited the prevailing severe condition of air pollution in New Delhi as one of the causes for this.

People with respiratory problems were also cautioned in view of the existing situation.
Air pollution levels in India’s capital remained at near-record levels, forcing schools to shut down through midweek and keeping residents indoors, as the nation grapples for solutions.