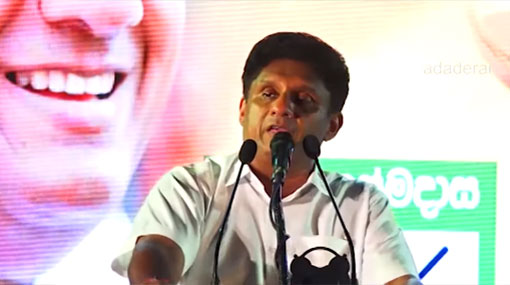 Time has come to give the country young leadership  Saijth

DNF presidential candidate Sajith Premadasa says that the whole duty of man is to serve man and that those are the footsteps that he is following in.

Speaking at a campaign rally, the UNP deputy leader said that he decided to contest the upcoming presidential poll in order to fulfill a ‘historic’ service the people.