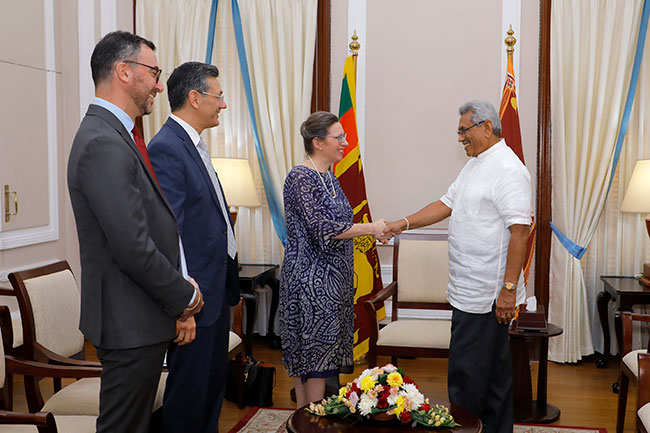 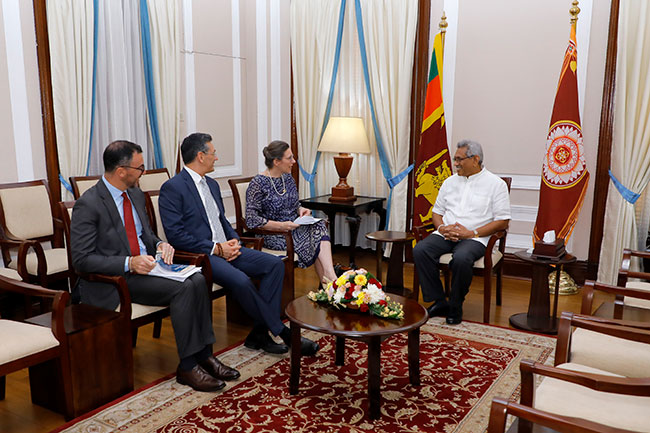 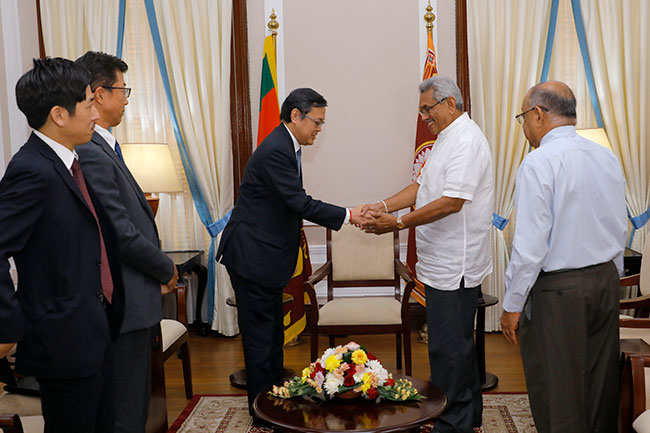 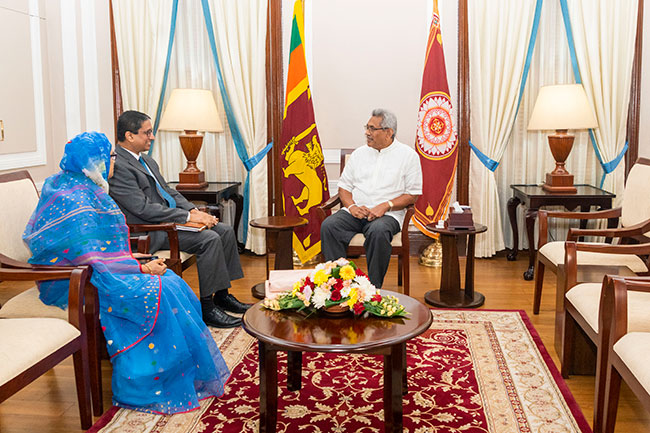 US and Japanese envoys called on President

The US Ambassador in Sri Lanka Alaina B. Teplitz called on President Gotabaya Rajapaksa at the President’s Office today (22).

The Ambassador was accompanied by the Deputy Chief of Mission Martin Kelly and the Chief of Political Officer Anthony Renzulli.

The two parties were engaged in a cordial discussion, the President’s Media Division said.

The Ambassador of Japan to Sri Lanka Sugiyama Akira also called on the President for a friendly discussion.

The discussion was attended by the Deputy Chief of Mission Toshihiro Kithamura, Deputy Secretary Takeshi Ozaki.

Meanwhile the High Commissioner of Bangladesh to Sri Lanka Riaz Hamidullah also called on the newly elected President to extend his best wishes.