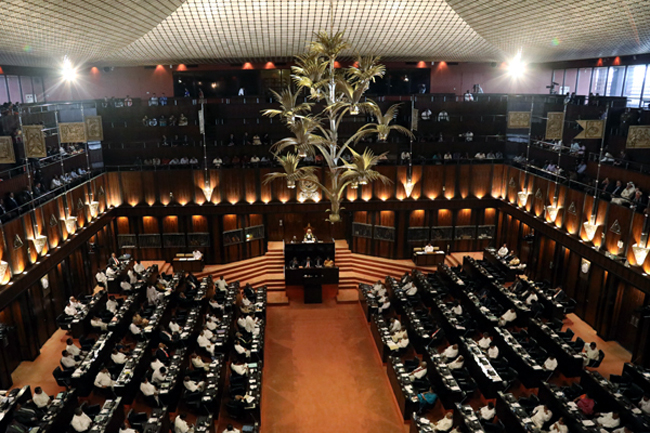 The parliamentarians of the new government have been assigned seats in the Parliament, says Sergeant-at-arms Narendra Fernando.

He said these allocations were made in accordance with the seniority of the appointments made by the new government as of yesterday (22).

On that account, the seat of the Prime Minister has been assigned to Mahinda Rajapaksa and the newly appointed ministers and the rest of the parliamentarians have been assigned seats according to their seniority.

The seats of the Opposition have been allocated according to the precedence of the party leaders, Narendra Fernando said.

He added that the members of the UNP have also been assigned their seats as per their seniority.