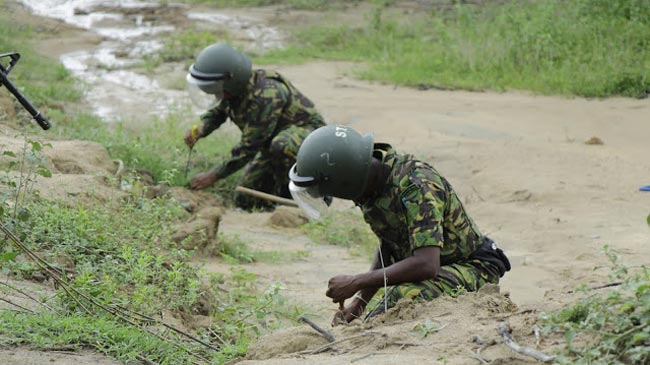 Twenty-four hand grenades have been found from a paddy field in the Kancharamkudah area in Batticaloa, stated Ada Derana reporter.

Reportedly, several farmers who had sighted the stock of hand grenades in a paddy field in Kancharamkudah, Kokkaddicholai, had informed the police on the matter.

It is suspected that these grenades were abandoned by the LTTE during the civil war.

Kokkaddicholai police are carrying out further investigations on the matter.