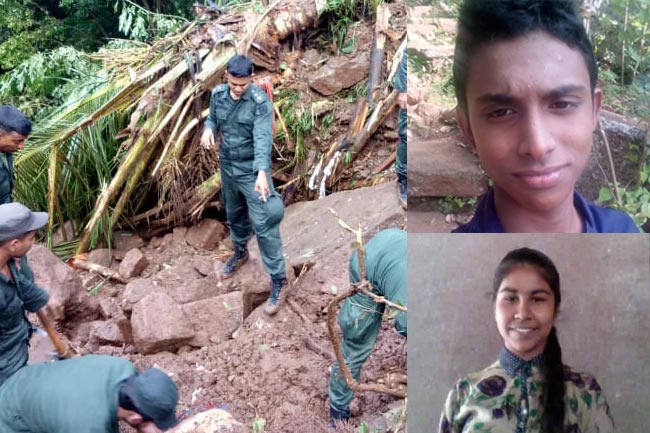 Three bodies of the missing victims of the landslide in Nuwara Eliya have been recovered and rescue missions are still underway in search of the fourth victim.

One person was reported killed and another 3 missing following a landslide which occurred last night (30) in Malapattawa area, Walapane - Nuwara Eliya.

The victims are the grandparents and the 2 grandchildren of the same family. Reportedly, the house of the 4 victims has been completely destroyed by the incident.

The bodies of the 17-year-old granddaughter and the grandparents have been recovered by the efforts of the police, Security Forces Central troops and residents in the area.

The remaining missing child is a 15-year-old student who had was to sit the G.C.E. Ordinary Level examination tomorrow (02).

Search operations will be continued in search of the missing boy.

Meanwhile, State Minister C. B. Ratnayake visited the site to inquire about the landslide.