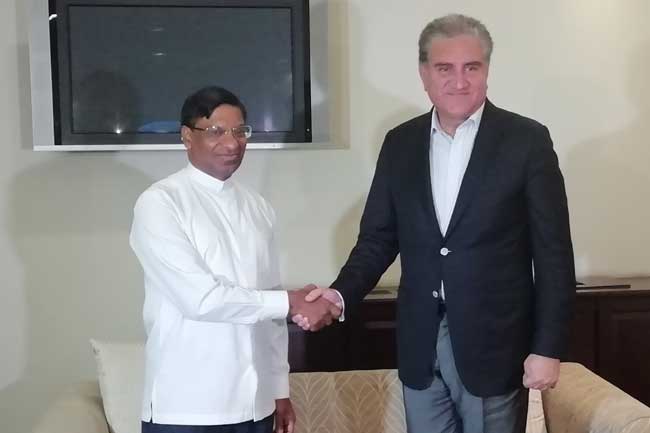 He arrived in Colombo on Sunday night after touching down at the Bandaranaike International Airport (BIA) where he was greeted by Sri Lankan officials.

During his meeting with President Rajapaksa, the Pakistani foreign minister will also officially invite him to visit Pakistan.