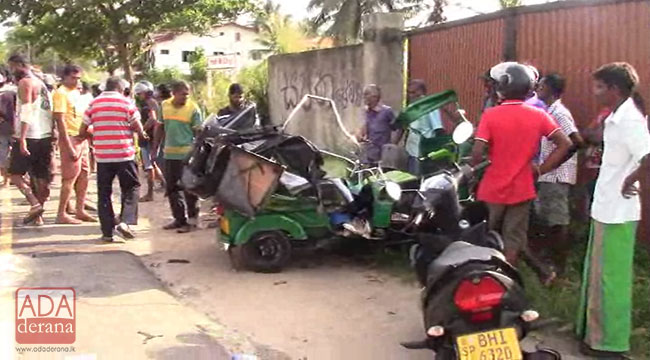 Three killed as three-wheeler and bus collide in Urawatta

Ada Derana reporter said that a woman and her two daughters died int he crash and that another three persons have been admitted to hospital with critical injuries.

The incident had occurred at around 2.00 p.m. today (Dec. 2) when a three-wheeler traveling from Ambalangoda to Hikkaduwa had collided head-on with a private passenger bus en route to Matara.