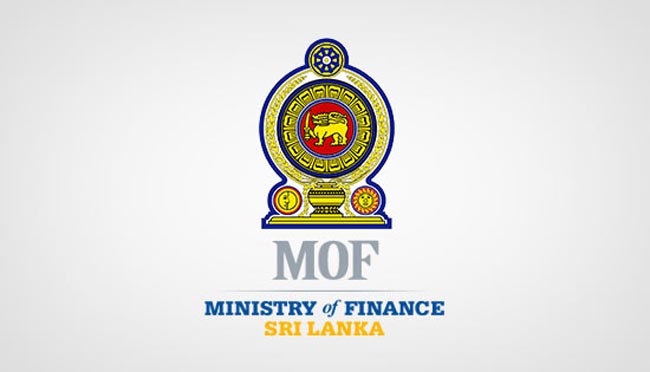 The Ministry of Finance stated that the government’s new measures to re-engineer Sri Lanka’s tax Policy framework were with a view to creating a simple, transparent and efficient tax system that will promote self-compliance and easy tax administration.

Issuing a press release titled ‘Implementation of a new tax regime’, the Ministry stated that these reforms constitute a much-needed transformation in the country’s tax system to address the numerous problems.

The Ministry stated that instructions have already been issued to all Ministries, Departments, state enterprises and other institutions, that action must be taken to control their expenditures, including staff management, establishment costs, vehicle purchases, building, and office spaces and undue year-end purchases thus adhering to strict budgetary discipline.

These efforts will be complemented by the continued relationship with international financial institutions (IFIs) and development partners, further read the statement.

The complete statement of the Finance Ministry:

“On 27 November 2019, the government announced a series of measures to re-engineer Sri Lanka’s tax Policy framework with a view to creating a simple, transparent and efficient tax system that will promote self-compliance and easy tax administration.

The new tax reform initiative is a fulfillment of a pledge given in the election manifesto of HE the President Gotabaya Rajapaksa. The reforms constitute a much-needed transformation in the country’s tax system to address the numerous problems stemming from its extreme complexity with multiplicity of taxes that has resulted in many distortions, corruptions, irregularities and violation of some basic taxation principles, norms and affordability to the tax paying community.

This reform initiative is undertaken in the background of many economic challenges as the Sri Lankan economy has recorded a less than 2 percent growth in GDP together with rising inflation outlook. Budget deficit too has exceeded the announced fiscal target. Moreover, the government has observed that, the low growth in credit and monetary aggregates along with underperforming economy, there is leeway to provide a substantial fiscal and credit stimulus to increase aggregate demand in the economy. Hence this is timely as it stimulates economic activities and ease the tax burden on the general public. This will also create a conducive environment for the private sector for their business planning and investment decisions thereby more economic activities will be generated in the short to medium term, boosting economic growth. The removal of Nation Building Tax (NBT) and the reduction of value Added Tax (VAT) to 8 percent will reduce prices of most goods and services which will also result in a moderation in inflation.

These policy measures will be implemented within a coherent policy framework, consistent with other key reform priorities with regard to public expenditure management, State Enterprises improvements and simplification of administrative systems and procedures to provide quality governance.

The government’s immediate priority is to capitalize the opportunity created for 2019/2020 Maha season by favorable weather to get agriculture sector to a full capacity to improve livelihood of the farming community and ensure food security.

Incentives provided for tourism, IT and enabling services, construction and property market, exports and rural agriculture and overseas employment earning for professionals are expected to drive the economy with price stability.

Government’s commitment towards a prudent fiscal management regime, is reflected at the outset itself, in its decision to rationalize the Cabinet of Ministers and its restrictions on non-priority public spending. As approved by the Cabinet of Ministers, instructions have already been issued to all Ministries, Departments, state enterprises and other institutions, that action must be taken to control their expenditures, including managing the staff, establishment costs, restricting vehicle purchases, building and office spaces and undue year end purchases thus adhering to strict budgetary discipline complimented by a strong monitoring framework. The reduction in the indirect taxes will generate substantial savings in the Ministries, Departments and other institutions as well.

On the same lines, arrangements are in place to make appointments to key positions in State Owned Enterprises (SOEs) through a selection process, led by a special committee, with the aim of finding qualified and talented personnel to turn around the loss making SOEs to profitable entities.

The expected fiscal deficit for 2019 will be more than the estimated and could settle around 7 percent of GDP, due to both a significant dip in revenue than expected mainly due to slow growth and increase in election related spending. Thus, the government will make a concerted effort to recalibrate its operations along a sustainable deficit reduction path towards 4 percent of GDP in the medium term, together with a rationalization of the debt stock to manageable levels. Many such measures are in the pipe line to ensure that strong fiscal discipline is maintained within the government machinery so that public resources are used effectively, ensuring fiscal responsibility.

These efforts will be complemented by the continued relationship with international financial institutions (IFIs) and development partners, who have committed to Sri Lanka’s progress and prosperity.